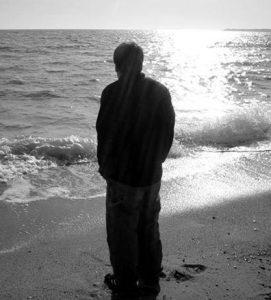 We are social beings. We need to feel connected, to love and to be loved. But what happens when we don’t feel connected, valued or understood? We feel lonely. It is probably one of the most universal experiences and can range from episodic feelings of discomfort to more profound feelings of depression, helplessness, and a fundamental lack of value. Some identify loneliness, especially for older persons, as one of the most significant public health issues of our time.

In early 2018, the U.K. government announced the appointment of a ‘Minister for Loneliness’ in memory of British lawmaker Jo Cox. Just prior to her untimely death (she was murdered by a right-wing extremist in 2016), Jo Cox set up the cross-party commission to bring attention to the impact of loneliness, and to “turbo-charge” action and response to this disturbing problem in our communities. Whether this government announcement is perceived as a progressive, provocative, or political move, the gravity of the issue is undeniable.

In Britain, 14% of the general population self report that they suffer from loneliness, and more than a third of older persons reported being overwhelmed by loneliness. Ami Rokach, clinical psychologist and instructor at York University Psychology Department in Toronto, Ontario, states that Canadian seniors up to age 65 say they are lonely 5%-10% of the time; however, those age 80 and older say they are lonely up to 80% of the time. The longer we live, the more vulnerable we become to loss of spouses, friends, mobility, and engagement.

Shifting now to the USA, Professor John Cacioppo, the Director of the University of Chicago’s Center for Cognitive and Social Neuroscience acknowledges that while reported incidence ranges from 20% to 40%, his research indicates that 26% of the population regularly feel lonely.

Impact of Loneliness
The risk is significant. Although loneliness does not directly cause health problems, Dr. Ami Rokach refers to loneliness as an intervening variable. Feeling unappreciated, unwanted, depressed or helpless can cause people to neglect their health and engage in unhealthy behaviors — such as increased alcohol consumption and smoking. Furthermore, depression and general psychological distress can lead to hypertension, sleep disturbances, can interfere with healing, exacerbate the advancement of Alzheimer’s Disease, and even hasten death.

Loneliness versus Isolation
Although social isolation and loneliness often co-exist, they are not the same thing. Indeed, I am sure we all know people who may be physically isolated from social engagement and report few if any disturbing experiences of loneliness. On the other side of the coin, others can be surrounded by a whole village of people, and still feel disconnected and separate.

What Works – It Takes 2 to Tango
Dr. John Cacioppo reviewed four major types of treatments and found that three were based on assumptions that alone were not sufficient to impact change.

1) Social Engagement Alone Doesn’t Work. Dr. Cacioppo suggests that simply bringing lonely people into a social environment does not address the experience of loneliness because it confuses loneliness with being alone.

2) Social Skills. Assuming that lonely people simply do not have inherent social skills is also not accurate. It is the actual experience of loneliness that causes individuals to focus more on themselves, enter into a brain state of self-preservation, which ultimately interferes with the ability to be empathetic or compassionate toward others.

3) Social Support. Surrounding lonely people with a supportive network is not sufficient either, according to Dr. Cacioppo. Shifting out of a state of loneliness requires reciprocal supportive relationships between people. The lonely person must have a similarly active and positive role in the engagement.

4) Changing How Lonely People Think About Others Had The Best Result. This approach pulls all the elements together. The most positive results occur when lonely people are provided with the opportunity to engage in social environments, learn how to first notice when they start to enter a self-preservation mode, and interrupt the cycle with a focus on sincere reciprocal interaction which includes responding to body language and social cures with awareness and empathetic communication.

It appears that our friends in Britain have the political will, intention and tools to “turbo-charge” Jo Cox’s commitment to this important social issue. Let’s see what we can learn from them.

Depression has been linked to: