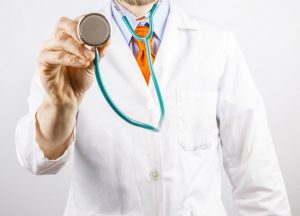 How do you eradicate a dreadful disease from the face of the earth?

One vision, one child, one village, one country, and one continent at a time.

It has been referred to as the finest humanitarian project by a non-governmental organization. Nominated for the Nobel Peace Prize, Rotary International’s vision of a world free from polio started out with a remarkable first-step. In 1978, Dr. Benny Santos asked Rotary International to provide the polio vaccine, and with that in hand, he would organize and mobilize all their national Rotarians to ensure that every child living in the Philippines was immunized against polio. Six million children received the vaccine, and because of these efforts, were given a chance to live without the risk of deformity and pre-mature death. From a noble genesis came a global miracle of faith, action, and consequence.

In 1982, and in anticipation of Rotary’s 100th anniversary in 2005, Rotary International was inspired to take on a larger world vision – to vaccinate ALL children throughout the Entire World! Could it be possible? If not us – then who? I have often heard that if your goal doesn’t scare the living daylights out of you – it is not worthy of you! What a perfect example of this challenge.

And so it happened. It was called ‘Polio Plus.’

By 1988, the Global Polio Eradication Initiative (GPEI) was established, drawing upon the strength of a public-private partnership. This partnership has grown to include Rotary International, World Health Organization, US Centers for Disease Control and Prevention, UNICEF, the Bill and Melinda Gates Foundation, and governments from around the world.

Year-to-date, there have been only 14 reported cases of polio worldwide.

Celebrating the Success and Keeping the Vision Alive

Rotary International established World Polio Day to celebrate the birthday of Dr. Jonas Salk, whose team developed the first polio vaccine. The intention of this day is to bring education and awareness about the initiative to help inspire the on-going commitment necessary to secure the gains moving forward.

As a new member of a local Rotary Club, I was deeply moved and inspired by this story. Rarely in one life-time do we get the opportunity to witness first-hand such remarkable results. Most of us, as baby boomers or seniors, will know of someone who has suffered from polio. One call – one proposal started a world-wide movement and changed the world.

October 24 may be a good time to reflect on how we can change something for the better in our world. It doesn’t need to be as grand and noble as this initiative. Perhaps it is as simple as reaching out with the gift of a smile or a kind and encouraging word. Making sure no one feels invisible or forgotten.

At Age-Friendly Business, we have a vision of a world that is age-friendly and recognizes the value and contribution of all persons, especially as we transition in later years. We think it is a movement as well – to change the way the world sees and serves the age 50+.

Margaret Mead’s timeless message reminds us to: “Never doubt that a small group of thoughtful committed citizens can change the world; indeed, it is the only thing that ever has.”

According to the National Institute of Neurological Disorders and Stroke, individual survivors of polio may years later experience symptoms associated with post polio syndrome (PPS.) PPS typically presents itself with gradual and slowly progressive muscle weakening and increasing fatigue. Muscles may start to shrink and atrophy, and this condition can impact respiratory functionality as well. Persons who suffered more pronounced disabilities from the initial attack of polio are at higher risk of more severe PPS in later years; while those with less severe initial attacks are at a reduced risk for PPS.

Although there is no accepted pharmacological treatment for PPS, mild short-duration non-fatiguing exercise can help to strengthen muscles and slow the progression of atrophy. It is important to review any exercise approach with healthcare professionals and to rule out other conditions before assuming PPS.

“The world as we have created it is a process of our thinking. It cannot be changed without changing our thinking.”

Did you know that your tissues and organs have their own biological clocks?  Even more compelling is the fact that these clocks are coordinated and synchronized! The conductor of this grand synchronization is a ‘master clock’ residing in nerve cells in a part of the...

It has long been accepted that we need good nutrition and regular exercise to contribute toward our health and longevity. Did you know that quality sleep was just as important? We always think about sleep as being restive – and this is true. However, there exists...

Cognitive Reserve – Can We Beat Biology?

We know we are living longer — but are we living better?  Most would agree that it is not just about adding more years to our life story, it is about making sure those years enriching and rewarding. Too often, though, we know of friends and family who struggle...

Intergenerational Learning : What Is Old Is New Again

Imagine young and old coming together to experience, learn, and share. Innovative new programming, or a dusting off of the way it used to be? With our aging population, we see emerging examples of intergenerational programs being offered on many continents. Although...

The previous Maturity Matters Newsletter alerted us to the exodus of a highly skilled and knowledgeable workforce leaving many organizations.  More than half of their management teams and employees are positioned to leave as Baby Boomers are preparing for...

In praise of wine, cheese, and older workers – why we need to woo, engage and retain maturing employees. The majority of maturing workers are there because they want to be, and increasing numbers need to be there.  They are reliable, loyal, mature, professional...

Tax Time Scams – Time for a Review and Update

The phone rings. You pick it up and the caller identifies himself as being from the government, contacting you on a problem with your taxes. Your heart races. You begin to wonder what could possibly be wrong? You picture investigations, fines, and trouble!...

Fall Prevention Series – Part 3 – What to do After a Fall

The previous two editions of our ‘Fall Prevention’ series addressed the common environmental, biological, and lifestyle elements that contribute to the risk of falls.   Even with the best prevention strategies, falls can still occur, and it is important for us to know...

In the previous Maturity Matters Newsletter, we discussed how to reduce the potential of a fall by attending to the environmental risk factors looming inside and outside of your home. In this edition, we will introduce the biological influences and lifestyle changes...